Have you heard before about the famous TV series “Vikings” before? Probably you did and this extremely successful historical masterpiece was shot largely near the area of Dublin.

The reason is simple, the city of Dublin is one of the big cities founded by the Vikings and luckily the city is bearing lots and lots of castles and signs that can represent the Viking dynasty.

Immersed in culture and tradition along with a modern touch the city of Dublin is the finest example of its best.

In this post, you are going to learn about 7 amazing places in Dublin to visit in your lifetime. Are you ready? 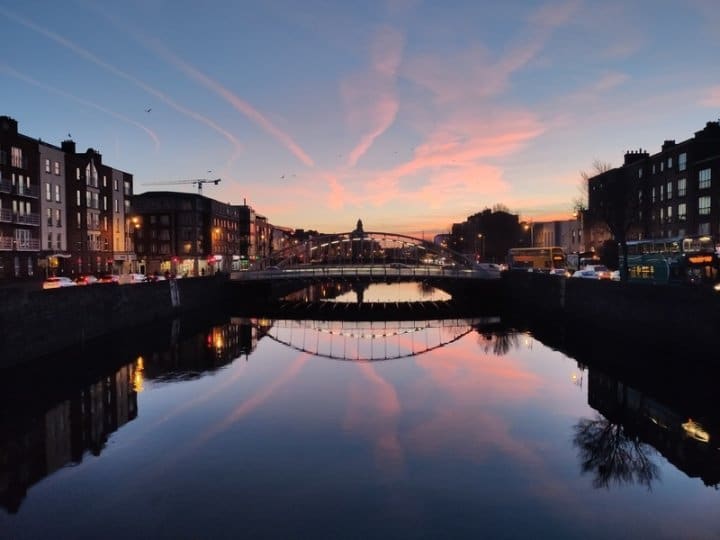 1. Guinness Storehouse: The most visited Destination in Dublin

Based on the visitor count probably the Guiness storehouse is among the most visited places in Dublin.

Guinness storehouse is basically a museum of renowned Irish stout. However, the small amount of beer produced here is not what attracts visitors to this experimental brewery.

Located on seven floors, the museum has a rooftop bar that overlooks the city. As part of the adult ticket price, you will receive a beer token that can be exchanged for a free pint of Guinness at the end of the visit.

2. Dublin Castle: The Castle Standing from For 1000 Years

If you are a history buff you might have watched the movie “Braveheart”. This movie portrays the movement of freedom of the Irish people. And, many of the scenes in the movie are actually taken from this castle.

Built in the early thirteenth century by Viking settlers, this iconic castle was used as the headquarters of English and later British administration.

Dublin Castle was handed over to the new Irish government after Ireland’s independence. Today, it is a major tourist destination and government facility.

The medieval part especially the beautiful tower of the castle is probably the most attractive part of it.

The castle is one of the marvelous historical architecture in Dublin you must visit.

The dozens of castles out there in Dublin. If those are beyond the scope of your visit, you should visit this.

A highly rated monument in Dublin is also one of the most scenic spots in Dublin. At the cathedral, you’ll be captivated by the colorful stained glass. You will need a ticket when you get inside the cathedral to see the interior.

Simply walking around the periphery and attending the weekly mass will allow you to avoid the queue. As the tallest and largest church in Ireland, St. Patrick’s is one of the top attractions in Ireland.

There are a number of popular attractions at St. Patrick’s Cathedral, including the burial site of Jonathan Swift – the literary great and one of the cathedral’s deans in the early 18th century.

This destination would be perfect for bibliophiles as well as general book enthusiasts.

An interesting fact is Trinity college library serves as the “deposit of copyright” under which publication registers the copyright of the published work.

Another astounding fact is the library also holds the copyright of the published work in the United Kingdom.

The library holds a permanent symbol of Irish nation “the Brian Boru harp”.

I am sure you will be amazed by the long hallway of this giant library. Don’t miss out on your chance to visit there once.

5. The Little Museum of Dublin

Among all the city’s historical sights, The Little Museum of Dublin is a hidden gem. At the top of Dawson Street, a few minutes away from Fusilier’s Arch, it is a must-see for anyone interested in how Dublin and its people have changed over the decades.

The ethos of this treasure trove is neatly summarized by the famous quote from Joyce, “in the particular is contained the universal.” History is indeed encapsulated in the minutiae of people’s belongings.

The museum was inaugurated in 2011 as the result of a call for memorabilia and artifacts. Since then, it has held a lot of temporary and permanent exhibitions, including a U2 retrospective with artifacts donated by band members.

You can reach the Irish Parliament on the left hand side of Kildare Street by strolling past the legendary hotel The Shelbourne Dublin on your way to the Little Museum of Dublin.

Kildare House was once known as the parliament building because it was built in 1745 by James Fitzgerald, the Earl of Kildare, who intended to create a grand Georgian mansion suitable for his high social status. He renamed the house Leinster House in 1766 when he became Duke of Leinster.

For literature enthusiasts, visit the nearby National Library, which hosts a permanent Yeats exhibition.

Dublin boasts tremendous historical, natural, and archeological beauty in the center of Europe.

The medieval castles, beautiful parks and rivers, museums and lots more others will make you surprise instantly.