Everything to Know About Tracked Vehicles 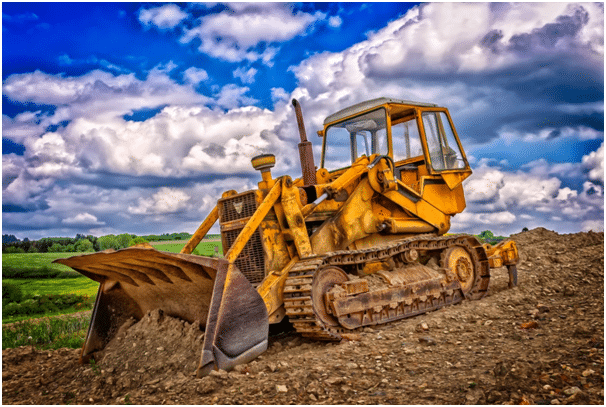 Have you ever wondered about the history of the large, tracked vehicles you see on construction sites? That machinery uses continuous track vehicle propulsion, often known as caterpillar tracks. You may be surprised to know that despite looking modern, they have a long history.

Do you want to know everything about tracked vehicles? Read on for our must-know guide on this fascinating piece of engineering.

What Is a Tracked Vehicle?

A tracked vehicle is any vehicle that uses track propulsion to traverse land, as opposed to the method of wheeled transport. While wheels are inherent in the movement system, they are simply used to push a band of treads or track plates. These are in contact with the ground, as opposed to the surface of the wheel that you may see in cars and trucks.

Why Use Tracked Vehicles?

Tracked vehicles allow more surface area than vehicles with wheels. This continuous track allows more even weight distribution, meaning the vehicle is less likely to get stuck in soft ground. If a heavy vehicle has the primary function of working on soft ground, a track is often the most suitable solution.

This is why many construction vehicles often have tracks. However, snowmobiles, farming equipment, and military vehicles are known to have them as well.

The inventor of the continuous track is often disputed. The Englishman James Boydell invented the endless railway wheel in 1846. However, there were claims to have invented this from even earlier, with claims coming from Poland and Russia.

Boydell’s idea was notable as it was the first time the tracks became military vehicles. They transported guns and ammunition during the Crimean War.

This would start the interest in its military applications. This would culminate in the invention of the tank to traverse the trenches of world war I.

Very often, this form of vehicle propulsion is named a caterpillar track. This term dates back a long way. It originated with the first patent of a continuous track tractor by the British farming company Holt.

Originally, the nickname of the machine was ‘The Crawler’. However, during tests for its military applications, soldiers named it ‘The Caterpillar’. This stuck, and the inventor used it for naming his vehicles forever after.

These caterpillar vehicles are still in use today, on almost every building or construction site on earth. They have got more complex, performing several tasks. You can see here for caterpillar undercarriage specifications and note just how sophisticated they are.

If you enjoyed the fascinating history of the tracked vehicle, then visit the rest of our blog. We have everything you need from finance to understand the history of engineering and innovation.

5 Forklift Hazards Due To Bald Tires

Car Safety Essentials You Should Always Have in Your Vehicle

Flat Tires for First-Timers: How to Change a Tire

Top 10 Most Popular Sports in Canada