There’s no doubt that network/broadcast TV has been in decline for about a decade. This has been due to a mass migration away from traditional network feeds and towards on-demand platforms like Hulu.

Still, millions of people boot up their antennas during prime-time TV hours daily and tune into whatever drama or sporting event the ABC and Fox channels of the world have on air. If you’re among those people and you’re upset at the performance your old TV antenna is giving you, you’re likely due for a replacement or a repair. 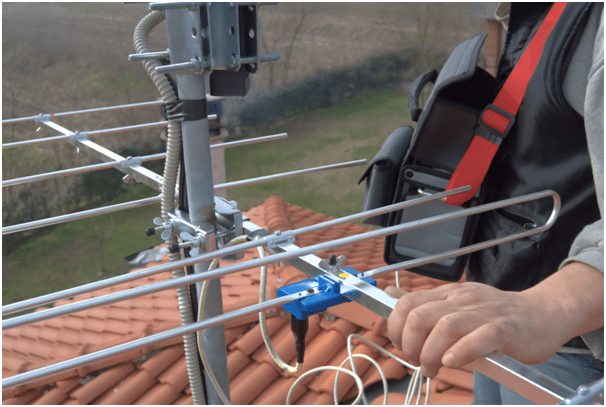 The question of whether you should repair or replace your antenna is one that’s debated in some circles and is entirely dependent on your circumstances. If you’re caught between those options, keep reading to take in a few points that may add clarity to your question.

Will You Need a Technician for Repair?

The term repair is relative when it comes to antennas. Does repairing your antenna mean getting branches caught in its rungs untangled? Are you planning on resetting your antenna on your roof or straightening bent coils?

The degree of difficulty involved in your antenna fix will affect whether or not you’ll need professional help to manage your needs. That then raises the question of whether or not there’s an antenna repairs specialist working in your community.

Investigate the access you’d have to a repair specialist, assuming the scope of your project exceeds your expertise, to determine if repair is even a possibility.

How Do Costs Stack Up?

At the core of the should I fix or swap my old TV antenna question is the meta-question of cost. If it’s cheaper to replace your antenna than it is to repair it, it makes sense to replace it to enjoy a new warranty and likely better performance.

If you have a state-of-the-art antenna adorning your roof that would cost more to replace than it would to have at tech come down to straighten it out, that’s probably your best bet.

What Kind of Performance Were You Getting Before?

When your antenna stops performing and you’re mulling over getting it fixed, ask yourself, was your antenna exceeding your expectations before it broke?

If it was, it makes sense to call in help to try and get your device back to its prime. If it wasn’t, is it really worth dropping hundreds to buy your way back into an antenna situation you weren’t happy with?

The importance of that question brings us to the fact that antenna technology is improving constantly. That means that if your antenna was bought a decade ago, you may find that replacing your device and enjoying the latest technology that purchase brings could be worth the buy.

Only you know where your antenna is as far as innovation is concerned. If it’s lagging, your best bet might be to upgrade.

How Often Do You Use Your Antenna

When something stops working, most people feel compelled to fix it, if for no other reason than it’s annoying to own appliances that don’t function. Is that your reason behind fixing your antenna?

As you weigh prices for antenna fixes or replacements, consider if the cost of either scenario is going to offer you a return on your investment because of your antenna use.

If you hardly watch broadcasted television, skip replacing or fixing that large, expensive roof antenna you have and opt for something more compact that you can keep in your house.

Some antennas are as flat as paper or as small as pens that you can hook directly into the back of your television. They don’t have the kind of signal you’d get from pricey roof antennas but they do an okay job. And if you don’t use your antenna much anyway, is it worth stressing over?

Is It Time to Move Away From Broadcasted Television?

We can confidently say that broadcasted television isn’t going anywhere in the near future. That’s largely because people are still watching and broadcast signal owners pull in billions of dollars in revenue via their existing business models.

With that said, the audience relying on broadcast signals is shrinking and we can see a world in the not-so-distant future where over-the-air signals cease being a means of sharing premium television content.

If that day was five years from now, would the price you paid to replace or fix your antenna be worth it? If you answered no to that question, maybe now is the time to start figuring out how to source your media over your internet connection.

Doing so could help you consolidate your life and improve your access to the shows, news, and sports you love.

Don’t Put Too Much Thought Into Your Old TV Antenna

As we’ve mentioned, media viewing is moving away from broadcast signals rapidly.

It may be that your family still relies on broadcast television to get the most out of your content consumption habits. If that’s the case, great. Confidently decide between repairing or replacing your old TV antenna based on cost and convenience.

What you shouldn’t do is stress or waste too much energy on making your decision. After all, no matter what you choose, a few years from now, you may find that media transmission migrates fully online/via cable connections.

Do you want additional information on TV antenna repair? What about outdoor TV antenna installation? If so, check out the newest content on our blog.