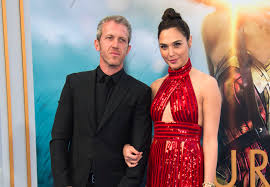 Yaron Varsano, now famous as Gal Gadot’s husband, was born to Jewish parents in Amsterdam, Netherlands on 28th June 1975. He and his brother Guy Varsano spent the majority of their childhood years in the Netherlands. They all follow their family religion as Yaron still practices Judaism.

Yaron also known as Jaron, is a well-known estate entrepreneur, businessman, and film producer. He is known as a business magnet and owns several companies under his name.

Yaron went to the International Scholl of Amsterdam and then he enrolled at New York Institute of Technology located at Old Westbury, New York. He completed his graduation in 2000 and then moved to Tel Aviv. Teaming up with his brother, they set up their own real estate company. Yaron and his brother established a hotel in Tel Aviv. Gal has to travel to many places for his filming schedules and she shuttles between Israel and US.

During the various trips that Yaron and Gal went on, during one of the trips, they stayed in a hotel that was like an apartment complex. This hotel gave Yaron an idea and he embarked on it for building the Varsano Hotels. Yaron and his brother looked after the hotel for years and then cashed it in 2015. They sold their hotel to Roman Abramovich, a Russian businessman, oil mogul, and owner of EPL Chelsea Football club for NIS 100 million.

Yarom along with the real estate business also owns a production company along with Gal. This company christened Pilot Wave focuses on championing projects for celebrating and inspiring women all across the globe.

Yaron attended a Yoga retreat event in 2006 in a desert in Israel where his friend who reportedly was Gal Gadot’s friend as well organized a party. Yaron and Gal met at this party for the first time and began their journey together.

They both felt an instant connection between the two and they went on several dates after this party. Yaron on his second date opened up his intention towards Gal. He told Gal that he wanted something serious and will propose to her not later than 2 years.

Gal was 22 years old when Yaron mentioned his intentions to her and she was confused about his propositions. Yaron was 30 years old and sure of what he wanted in his life. As he promised to her, Yaron proposed to Gal in 2008 and they married in the same year. The wedding took place as a private affair in Tel Aviv with family and close relatives.

Gal’s wedding dress is known for the fame of its own. She wore a white dress having detailing done in rhinestones. The dress had a large neckline at a back with beautiful light straps that adjusted her shoulders and back.

Yaron and Gal welcomed their first child Alma in 2011, three years after their marriage. Gal’s career, at this period, had just begun to take off. She had to juggle hard with her career and the newborn. She was considering quitting he acting career but Yaron was with her to urge her to continue her career.

The Wonder Woman Girl said in her interview with Glamour, “When Alma was around two, I was really anxious about how to travel with a child, moving her from one country to the other, all the different languages. It was my husband who told me as ‘Gal, think about what kind of a role model you want to be. If you want to show Alma that she can follow her dreams, that’s what you should do, and we will figure out the logistics.’”

Gal was pregnant with Maya Varsano, their second child while shooting some parts for Wonder Women in 2016. Maya was born in the following year. Gal and Yaron announced about their third baby is on the way through her Instagram post in March 2021. The audiences already guessed about this baby announcement as Gal appeared wearing loose-fitting outfits for the Golden Globe awards.

Gal and Yaron shared the Instagram post on 29th June 2021 welcoming Daniella Versano into their life. She mentioned, “My sweet family. I couldn’t be more grateful and happy (and tired) we are all so excited to welcome Daniella into our family. I’m sending all of your love and health. GG”

Gal-Gadot-Varsano is an Israeli actress and model born on 30th April 1985. She was crowned as Miss Israel in 2004 at the age of 18 years. She served in Israel Defence Force as a soldier in service to her country for 2 years before proceeding with her studies at IDC Herzliya college where she started building her acting and modeling careers. Gal Gadot bagged her first international film role in “Fast & Furious (2009)” as Gisele Yashar.

Gal featured on the cover of New York Post for the Maxim photoshoot she took for “Women of the Israel Army”. She has headlined for various international ad campaigns like Captain Morgan rum, Vine Vera skincare ranges, Gucci fragrances, Jaguar cars, and many more.

Gal Gadot is the famous face of Gucci’s Bamboo perfume brand, Miss Sixty, and Huawei smartphones. She served as the main model for Castro’s fashion brand for eight years from 2008 to 2016.

During this period, she appeared as the cover girl for various magazines like Glamour, Cosmopolitan, Entertainment weekly, Bride Magazine, and many more.

For her famous character of Wonder Women, Gal was named for the Honorary Ambassador for “The Empowerment of Women & Girls” organized by the United Nations. Due to this ambassadorship, she won the invitation for giving a speech at the UN in New York City.

Gal Gadot is one of the top-most paid actresses. She has been placed twice in the world’s highest-paid annual rankings in 2018 and later in 2020 amongst the top five highest-paid actresses of the world. For Gal Gadot as an actress and model, the Celebrity Network reports her worth of $30 million wealth.

There are some interesting facts known about Yaron Varsano that include:

Yaron Varsano, Gal Gadot’s Husband is said to be one of the luckiest men alive as he is living with the Wonder Women for more than 15 years now. They together have three beautiful kids and run a thriving business.

Gal and Yaron have been lucky for each other and support each other in their careers. It is interesting to know that they started together before gaining all the name, fame, and wealth. All their followers wish them continues success and bliss in their lives as individuals and also as a couple and family.

These are the best luxurious gift ideas for him!

Interested In Sending Happy Birthday Memes! Well, You Should Know This!

Cement vs. Concrete: What’s the Difference?